Praise be to Allah with Whom blessings all good deeds are performed. Peace and blessings be upon Allah’s Prophet, his kin, companions and whoever follows his path and rushes for good deeds.

“Invite (all) to the way of your Lord with wisdom and beautiful preaching” Al Nahl: 125

“I only desire (your) betterment to the best of my power” Houd: 88

The preservation of the Islamic identity in Ireland so integral and strong that Muslims can fulfill their duty in introducing Islam and its cultural values proactively adding to a multicultural Ireland, both as individuals and organisations.

Dawah is the overarching objective of the Centre and thus encompasses the core of the Centre’s activities. Call for the straight path of Allah is the duty of everyone, thus, our vision, mission and strategic objectives are all in the service of dawah. Through dawah, we serve the Muslim community and the wider society of Ireland in any way that the Centre can, particularly to spread Islamic knowledge and tackle concerns or misconceptions held by members of either community.

In order to ensure that dawah can continue in Ireland, there needs to be a sizeable and respected Muslim community in our country. For this reason, we actively seek to ensure harmony within the Muslim community and with the wider Irish society, based on mutual respect and mutual trust. As the Muslim community is a diverse community, successful integration requires much funding and hard work. For this reason, the Centre’s staff together with many volunteers work tirelessly to organise activities that both the Muslim and local community can thoroughly enjoy. Every activity is open not only to Muslims but to members of the wider society.

The Nur ul Huda Qur’anic School was established in 1999 at the ICCI in order to teach Muslim children how to recite the Qur’an, as well as to teach Qur’anic ethics, Arabic and Hadith.

The ICCI in coordination with the Vocational Educational Committee of Ireland (VEC) runs intensive English as a foreign language classes for women at various levels.

Native Arabic-speakers teach Arabic as a foreign language at the ICCI to men and women at several levels.

Muslims began arriving in Ireland in the early 1950s, mainly as students; some of them later settled in Ireland and married Irish nationals. The first Muslim organisation in Ireland, the Dublin Islamic Society, was formed in 1959 by a group of Muslim students. Premises at 7 Harrington Street were bought to be used as a mosque. In 1983 larger premises for a mosque at 163 South Circular Road were acquired. There are currently over 36 mosques across the country catering to the community.

The Muslim community of Ireland is a multi-cultural community whose origins lie in countries such as Pakistan, Algeria, Libya, Nigeria, Somalia, South Africa, Iraq and Ireland itself. There are now approximately 55,000 Muslims in Ireland and growing. Muslims live mostly in the capital, Dublin, but small communities are found in almost every town. Muslims are engaged in most sectors of Irish society and are widely considered to have a positive impact.

In 1992 Sheikh Hamdan Bin Rashid Al Maktoum (deputy ruler of Dubai) agreed to sponsor the construction and operation of the ICCI to provide new facilities for the Dublin Muslim community. A 4-acre site was purchased including a training-centre that had previously been a school. In 1993, this became the location of the Muslim National School. Construction of the Islamic Cultural Centre began in 1993.

On November 16th1996, the Centre was officially opened by President Mary Robinson and Sheikh Hamdan Bin Rashid Al Maktoum. Since then, the Islamic Cultural Centre evolved, by Allah’s Will, into a distinguished landmark and an elite Islamic edifice not only in Ireland but in Europe as a whole.

The Muslim community in Ireland was endowed by Allah’s grace who guided His Highness Sheikh Hamdan Bin Rashid Al Maktoum’s decision to sponsor the construction and operation of the ICCI. We also thank all those who participated in establishing, sponsoring or developing the ICCI and assisted in the success of its activities. In particular, we must thank the Chairman of the Al-Maktoum Foundation, Mr. Mirza Al-Sayegh and the General Secretary of the Al-Maktoum Foundation, Mr. Mohammed Obeid Bin Ghannam for all their efforts. May Allah grant them the best rewards.

The ICCI was designed by the Irish architect firm, Michael Collins & Associates who in 1997 won an award for their design from the Royal Institute of the Architects of Ireland. The Islamic Cultural Centre of Ireland consists of five interconnected sections (connected together by a square system of corridors). The mosque is the raised centre-piece to emphasise that it is the heart of the Muslim community. As the mosque is the most important building on our campus, it is the most visible building with all other buildings leading to it. Going left from the main entrance to the mosque, there are male wash rooms on the left, with a corridor leading to the side entrance of the mosque, with the library and its separate study rooms for brothers and sisters adjacent. On the right-side of the entrance to the mosque, there is the reception and the administration building, in which the day-to-day running of the Centre is conducted. Leaving administration, the women’s section includes a prayer room and a crèche, with stairs linking sisters’ to their area of the mosque, with a wash room close by. Behind the mosque is the Nur-ul-Huda Quranic School and some other rooms rented to privately-run businesses. Nearby is the Muslim National School, its playground and hall. Below the mosque is a restaurant, a shop, a mortuary and a multi-purpose hall. 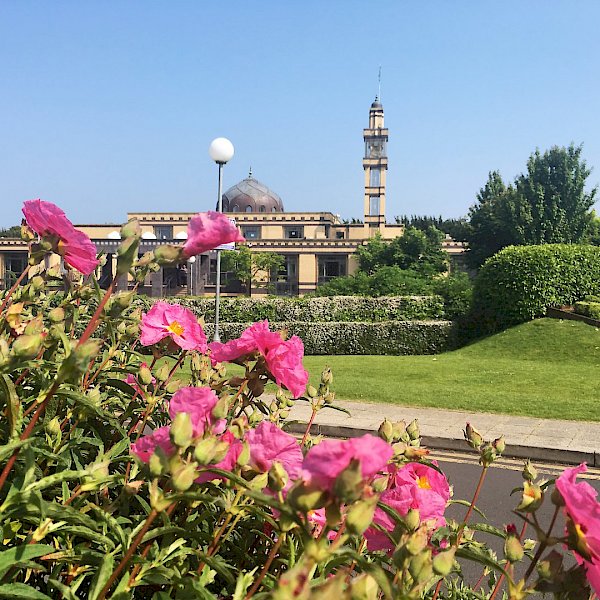 Islam is a way of life and an integral part of the Muslim identity. Our goal is in preserving this Islamic identity as well as encouraging the positive integration of Muslim’s, both Irish and Non-Irish into the Inter-Cultural society we now live in. This aids in introducing positive Islamic values to Irish society and opens the door to better understanding among individuals and organisations. 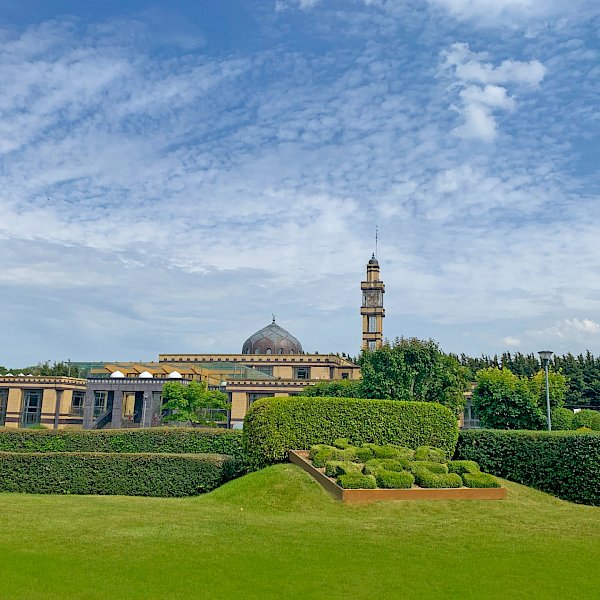 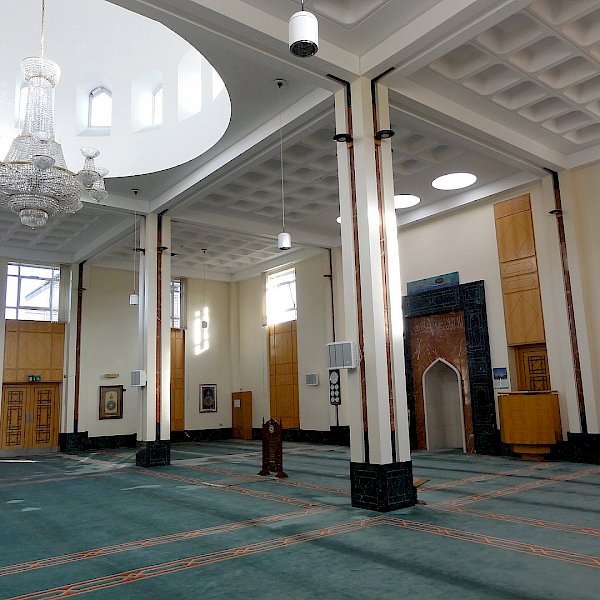