The Final Statement of the 21st Ordinary Session of the European Council for Fatwa and Researchwas held in Dublin, Ireland from 27th of Rajab until 1st of Sha'ban 1432 AH (28thof June until 1st of July, 2011) Praise be to Allah, the Worlds' Sustainer, and peace be upon our leader Muhammad and on all his family and his Companions and those who follow his guidance until the Day of Judgment.By Allah's Grace and His Assistance the 21stOrdinary Session of the European Council for Fatwa and Research was held in Dublin, Ireland during the period 27th of Rajab - 1st of Sha'ban, 1431 AH corresponding to 28th of June - 1st of July, 2011. This Session was inaugurated by a speech delivered by His Eminence Sheikh Hussein Halawa, the Secretary General of the ECFR, in which he welcomed the members of the ECFR and the attendees; guests and observers. He also prayed to Allah to grant full recovery and perfect health to His Eminence Sheikh Dr. Yusuf Al-Qaradawi, the Chairman of the ECFR, who, due to health issues, was unable to attend and chair this Session. In addition, Sheikh Halawa prayed to Allah for overwhelming His Eminence Sheikh Judge Faysal Maulawi, Vice Chairman and one of the main founders of the ECFR, with His mercy and forgiveness. Sheikh Halawa conveyed apologies sent by absent members, who could not make it and expressed thanks to the members, who travelled to Ireland, gave their time and exerted efforts for the sake of Allah to give Muslims residing in Europe advice pertinent to their worldly affairs as well as their affairs in the hereafter.

This was consecutively followed by a talk given by His Eminence Professor Dr. Abdul-Majeed An-Najjar, the Assistant Secretary General, in which he welcomed the attendees stating that the topic of this Session is Muslims' attitude towards people of other faiths and dogmas highlighting the paramount importance of this topic and the Muslims' need for more researches, studies and dialogues about it. This was successively followed by a talk given on behalf of His Eminence Sheikh Dr. Yusuf Al-Qaradawi by His Eminence Sheikh Dr. Ali Al-Quradaghi, a member of the ECFR, in which he conveyed to the members Dr. Al-Qaradawi's greetings. He also, on behalf of the ECFR, expressed gratitude and appreciation to Ireland; the state and its people and institutions, for facilitating the holding of this Session and the services they provide to the Muslim minority in Ireland. He also expressed thanks to theUnited Arab Emirates in general and in particular to the Al-Maktoom Foundation for sponsoring the ICCI and the ECFR. He also gave thanks to the secretariat of the ECFR and its administration and to all its workers and particularly Sheikh Hussein Halawa, the Secretary General. He highlighted the current circumstances of the Muslim nation and the role of the European Council for Fatwa and Research and the International Union of the Muslim Scholars in terms of their support to the current peaceful revolutions and their role in European societies as scholars and Muslim minorities in terms of fair treatment with non-Muslims and encouraging them to have fair treatment with Muslims in full conformity with our religion. His Eminence Sheikh Ali Al-Quradaghi communicated the following messages:

The first message, directed to the ECFR, was to multiply its blessed efforts to add more to its great achievements through which it has become a religious authority for Muslims residing inEurope.

The second message, directed to the Muslim minorities in Europe and elsewhere, was to institutionalize their work and to have a plan for scientific and technological development.

The third message, directed to European states and peoples, was a confirmation that since it is a religion of dialogue, if Islam is left alone, it will be a religion of good and mercy to all creatures. A fact stressed by uncountable Islamic scriptural texts. The Qur'an, in essence, is a book of dialogue on the basis of which coexistence between Muslims and non-Muslims is founded.

The opening meeting was concluded by a prayer led by Sheikh Suhaib Hasan for Al-Qaradawi's complete recovery.

Then the ECFR resumed the agenda of the 21stSession commencing with the main topic of this session i.e. Muslims' Attitude towards People of Other Faiths and Dogmas evolving around the following foci:

First: Islam and religions and dogmas inEurope: The following papers were submitted:

2- The principal Islamic attitude towards religions and dogmas by Prof. Dr. Ali Al-Quradaghi

Second: The commonalities between Islam and other religions inEurope. The following papers were submitted:

Third: The foundation and application of dialogue with the West. The following papers were submitted:

1- Dialogue with the West by Sheikh Hussein Halawa

Fourth: Social and human relations with non-Muslims. The following papers were submitted:

2- Will and testament for non-Muslim parents and relatives, rules, conditions and Islamic objectives by Prof. Dr. Salah Sultan

3- Apostasy in light of freedom of belief by Prof. Dr. Jamal Badawi

Six: Fatawa issued by the ECFR:

A number of questions were raised to the ECFR. The ECFR deliberated on some of them and answers were given by certain members.

The ECFR also deliberated on the European attitude towards Arab revolutions and their impact on Muslims in the West. The ECFR held an administrative meeting, attended only by members, during which the following was discussed:

1- The ECFR deliberated on the reports submitted by Fatwa committees affiliated to the ECFR located in the UK, France and Germany and the reports submitted by the research committee. The ECFR also deliberated on the financial situation of the ECFR. The ECFR decided to prepare Fatawa issued by the ECFR in a complete form and endeavour to translate them into several European languages.

2- The ECFR deliberated on amending items of its statutory foundation and the internal regulations on the basis of the proposal submitted by the secretariat of the ECFR as a result of the vacancy of the position of vice chairman. According to this proposal two vice chairmen, and not one chairman, would be elected one of whom would be resident inEurope. This amendment was unanimously accepted.

On the basis of the presentations and having deliberated upon the above-mentioned papers, the ECFR reached the following conclusions:

The Concept of apostasy and its rules 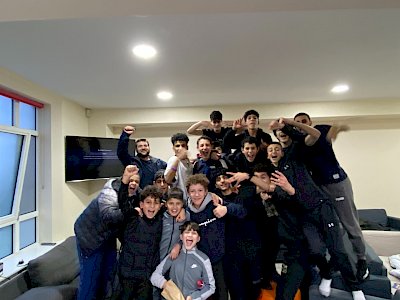 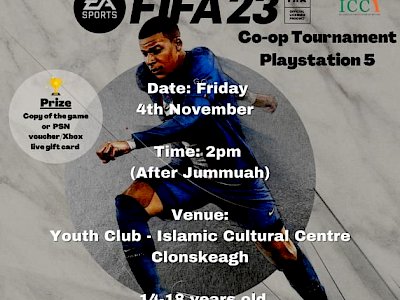