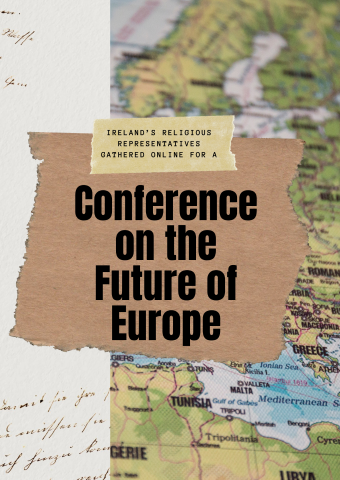 Islamic Cultural Centre of Ireland's participation in DCU's Consultation on the: Conference on The Future of Europe

The Centre for Religion, Human Values, and International Relations at Dublin City University, supported by the Irish Inter–Church Meeting and the Dublin City Inter-Faith Forum hosted an online consultation on the Conference on the Future of Europe.

ICCI CEO Mr Ahmed Hasain was one of the panellists at this online event. He spoke briefly about the ICCI and shared the view of how faith and faith communities can make positive contributions to the future of Europe.

The Five Questions discussed at the event were as follows:

1.     The UN Secretary–General’s recent report, “Our Common Agenda” (September 2021), states: “the world is experiencing its biggest shared test since the Second World War …  Humanity faces a stark and urgent choice: breakdown or breakthrough.” To what extent will the future of the European Union depend on our becoming “part of the solution” at the regional and global levels?

2.     Commission President Ursula Von Der Leyen’s “State of the Union” address on 15 September was entitled “Strengthening the Soul of our Union.” Do we agree with the formula that “the democratic state relies on conditions that it cannot itself guarantee” and do the churches and religious communities have a role in discerning and promoting European values?

3.     An important theme at the recent EU Fundamental Rights Forum (11 –12 October) was that protecting human rights includes the creation of a social and physical environment characterized by equity, sustainability, and shared agency.  Should the European Union promote greater “equality of condition” as part of our just transition in the face of climate change?

4.     In relation to migrants, asylum–seekers, and the likelihood of continuing, strong migratory trends in the decades ahead, does the European Union have the decision-making capacity to ensure forward–looking responses in a spirit of burden–sharing?

5.     Algorithmic systems that exploit personal data, deliberate disinformation (trolls), on–line hate speech, the collapse of the traditional business model of the “fourth estate,” and dangers to the independence of the media have serious implications for democratic discourse. Do we need a European digital public sphere and what would this entail?

To read more about it you can click on the DCU conference page.

A report on the event will be submitted to the Conference on the Future of Europe and will be publicly available on their web platform.