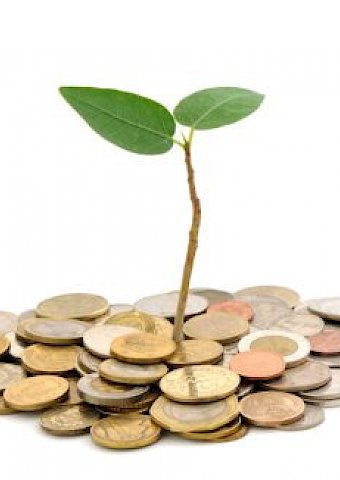 Explanations of the terminology relating to Zakat, Sadaqa, Fidya and Kaffarah

Every Muslim is required to pay Zakat al-Fitr during the month of Ramadan as a token of thankfulness to God for having enabled him to observe fasts.

Its purpose is to purify those who fast from any indecent act or speech and to help the poor and needy.

This view is based upon the hadith, “The Messenger of Allah, upon whom be peace, enjoined Zakat al-Fitr on those who fast to shield them from any indecent act or speech, and for the purpose of providing food for the needy. ( narrated by Abû Dâwûd).

There are a number of proofs supporting the legitimacy of paying the monetary value of Zakat-ul-Fitr, also known as Fitra.

Taking into consideration the public interest, the European Council of Fatwa and Research (ECFR) urges Muslims to pay Zakat-ul-Fitr in the beginning of Ramadan especially if it is transferred abroad.

It is evaluated as  €7 per person.

Zakat is the third pillar of Islam, and is the pillar which upholds the financial and social basis of the society. Indeed, it is Zakat that treats poverty, deprivation, and homelessness, and contributes towards raising the word of Islam in the way of Allah Almighty. Thus, Zakat is intended for the needy amongst Muslims, and for those who assist and help those needy Muslims in various manners and methods.

Zakat was declared comparable to the pillar of Prayer, and indeed closely associated thereto in precisely 28 instances of the Holy Quran.

Zakat purifies the possessions and the spirituality of one who gives it. It creates a sense of self-discipline and shows your obedience to Allah.

“Of their goods, take alms, that so thou mightest purify and sanctify them; and pray on their behalf. Verily thy prayers are a source of security for them: And Allah is One Who heareth and knoweth.” (Trans. 09:103)

“And those in whose wealth is a recognised right for the (needy) who asks and him who is prevented (for some reason from asking)” (Trans. 70:24-25)

Giving Zakat brings you closer to your God and increases your faith in Him.

The Prophet (pbuh) said: “Whoever gives away charity the size of a date, which is earned lawfully, since Allah only accepts the good lawful things, Allah will indeed take it with His right hand and cause it to grow for its owner, just as one of you raises up his colt, to the point that the charity will become like the size of a mountain.” [Reported by Al-Bukhari and Muslim]

The contemporary majority of the Muslim scholars and most of the specialized sessions in Zakah calculate the Zakah of money and commodities on the basis of the minimum of gold - 20 Mithqals i.e. 85 grams of pure gold (24k 999 purity) currently evaluated to be €4351.

One should pay Zakah i.e. 2.5% if he/she owns the value of the minimum of gold i.e. 85 grams of pure gold at the end of the year and not the middle or the beginning provided that the other conditions are fulfilled.

There is no doubt that fasting during the month of Ramadan is an obligation prescribed for all adult Muslims except for the elderly and Muslims suffering from chronic diseases and Muslims in similar situations, where they can not observe fasting. They should pay ransom.

The fasting ransom is specified as feeding one person per day. The feeding refers to feeding until one is full for a day. This can be achieved by offering two meals if one can afford them.

According to the Hanafi School, it is valid to pay Fidya for the entire month of Ramadan on the first day of Ramadan. Ibn Abdeen, may Allah be pleased with him, says: “An elderly person unable to observe fasting has the concession to break fasting and in return they give the prescribed ransom even on the commencement of the month i.e. s/he has the option of giving it at the beginning or the end of the month.” (Al-Dur Al-Mulhtar and Hashiyat Ibn Abdeen v2, p427).

Charity serves as a way to bring justice, balance and kindness to every society and community.

Sadaqa is a protection from calamity. By sacrificing part of one’s wealth and giving it in charity, the individual is guaranteeing protection for themselves from tragedy and misfortune.

The Prophet said: “Give charity without delay, for it stands in the way of calamity.” (Al-Tirmidhi)

Sadaqa in relieving a person in debt is charity. The Prophet said: “If anyone would like Allah to save him from the hardships of the Day of Resurrection, he should give more time to his debtor who is short of money, or remit his debt altogether.” (Muslim)

Sadaqa is helping family in need. It is acceptable to give one’s charity to those in need in one’s own family.The Prophet said: “To give something to a poor man brings one reward, while giving the same to a needy relation brings two: one for charity and the other for respecting the family ties.” (Al-Tirmidhi)

Charity that keeps on giving. If a person performs a deed that continues to benefit others in a good way, the performer of the deed will continue to collect the rewards for her single act for as long as it benefits others (even after the person passes away). This is referred to as sadaqa jariyah, or perpetual charity.

The Prophet said: “When a person dies his works end, except for three: ongoing charity, knowledge that is benefited from, and a righteous child who prays for him.” (Muslim, Al-Tirmidhi, others)

Kaffarah is an expiation. It must be offered upon a person who had intercourse with his wife in the month of Ramadan. The subject is clear in terms of fiqh and present in all of the fiqh books. It is practiced as it is mentioned in the Hadith.

The kaffarah is to free a slave; if that is not possible then the person must fast for two consecutive months; whoever is not able to do that must feed sixty poor persons.

To make your online payments and donations, please click the following link: