My dear brothers and sisters.

We are still continuing on our trip with the Qur’an.

The Qur’an which is like our fortress that protects us, the rope that we hold tight to.

We can see what happens nowadays.

How can we protect our youth?

“What is the way out? Oh Messenger of Allah,” Our Prophet Muhammad was questioned PBUH by his companions. He said: “Only one thing can save you which is: Kitaabullah - the Book of Allah - The Qur’an.

By writing it and putting it in our pockets?

Even memorising the Qur’an without having a clue about what it means, or what is the guidance of the Qur’an?

The only way the Qur’an can protect you, is as Allah said: Kitabun Mubarak, it is a Blessed Book. For who? For those who ponder the Qur’an and for those who follow the Qur’an.

But unfortunately we didn’t give the Qur’an and the language of the Qur’an the attention it should have.

We didn’t give attention to the rules and laws of the Qur’an.

We neglected the Quran! And so Allah neglected us!

Abdullah Ibn Mas’ud (may Allah be pleased with him) mentioned that the Prophet Muhammad (may Allah’s Peace and Blessings be upon him) made a line in the sand one day and said this is the way of Allah, only one way, and then drew many lines on the right and the left and said, every way has a shaytaan (devil) that calls to his way, but there is only one way to Allah.

Today we will continue on with our talk about pondering/contemplating the Qur’an and the pillars of the Qur’an.

Our talk today is about one of the major topics of the Qur’an.

A topic that maybe you will find in every Surah, from the smallest surahs to the longest ones, throughout the whole Qur’an!

It’s about how the Qur’an talks about the universe, about the creation, about the trees, the mountains, the sun, the night, the dawn.

It is when the Qur’an talks about heaven and earth.

But why does Allah (swt) talk so thoroughly and so much about His creations?

And anyone who invents anything, leaves his fingerprint, his touch on his invention.

And everything in the universe guides to Allah (swt)!

Everything in the universe has this, as we say in Surat al Baqarah “صبغة الله” (Sibghat Allah) - this Nature of Allah (swt) you can feel it in everything. Just one nature. There is no other, except One, who is Allah (swt).

That’s why Allah (swt) talks a lot about His Creations.

In the Quran, you find Allah talks about everything.

An Najmu by the way in this ayah does not mean a star, it is some kind of plant with no roots. The herbs and trees bow down.(Qur’an 55:6)

About the sea, how you find the salty and the unsalty meeting without mixing.

About the creation of the human being, starts as a baby, what are the steps of this creation

How the universe has started. This question which those scientists nowadays go astray everywhere. How did it start? Different theories.

Today we will just take one example of the creations of Allah that’s mentioned in the Quran, The Mountains - Al-Jibaal.

So why has Allah (swt) mentioned the mountains this many times?

Let’s just look at one ayah,

An ayah all of us in the Masjid know it, and maybe memorised it.

It is from Juzu Amma, in Surah Al Ghashiyah, Allah (swt) says:

Don’t they ponder? Don't they look deep and search…and so on until

I read this ayah in Surah Al-ghashiyah and I obeyed Allah (swt) straight away.

I closed the Mushaf, I didn't even finish the Surah, and I went and searched how the mountains had formed?

What I found was truly remarkable, my dear brothers and sisters.

What they said was that the layers of earth, millions of years ago, maybe they call it (continental drift), how the layers had been moving, and when one layer met another layer it just goes up like this (Sheikh demonstrates with his hands) and forms the mountain, SUBHANALLAH.

What you feel in your heart when the Qur’an guides you to this, one thing, you say, SubhanAllah,

You say آمنت بالله Amantubillah - I believe - in the Qur’an, in the Prophet, in everything.

Another thing which is so beautiful in the Qur’an, which is Ar-Rawaasy.

What does it mean الرواسى? It means those firmly standing, fixed, strongly. Allah (swt) said in the Qur’an:

and placed firm mountains upon the earth

so it does not shake with you

Otherwise this earth will go like a ship in water, it will not be stable.

But why? This earth as we can see is rock solid. Why would this earth, this earth's crust become unstable?

So, I looked and subhanAllah what I found, and of course this is just something recent. Below this crust is a semi liquid layer. Maybe we see it in volcanoes when they erupt, the lava. This semi liquid layer if it is left like this you will not find the earth's crust stable as it is. So Allah (swt) says that these mountains have been created to fix the earth's crust to stand fixed as it is. This will take us to a beautiful ayah, we all know this ayah in surah An-Naba:

Allah says the mountains are like wedges, which fix the tent, and this confirms the meaning of fixing the earth.

But there is another very beautiful meaning to this!

One last thing that we have to clarify, my dear brothers and sisters,

Our scholars have very much stressed and criticised those who have exaggerated the Qur’an. Everything they want to find in the Qur’an, twist even the verses in the Qur’an so they find something scientific.

No! This is not the intention of the Qur’an.

So what is the intention of the Qur’an?

Allah (swt) says: (go walk on this earth and discover).

(Haven’t they looked at the heavens and space above them)

Why is Allah (swt) stressing we need to ponder and look at the secrets of the universe?

As we said, because this is the best way that fills your heart with the greatness of Allah (swt).

The best way to know Allah is through discovering the Universe.

Don’t think how Allah looks like, you don’t have the tools, but think about the creations of Allah (swt) and this will lead you to Allah (swt).

Once you really know Allah (swt) the acts of worship will be so easy for you.

Not only will it be easy but you will find the sweetness when you pray.

It won’t be something difficult or something you feel you have to do, You will be rushing to do the prayers.

You will find the sweetness in the Qur’an.

You will find the sweetness in giving for Allah (swt).

Once you know the greatness of Allah (swt) - if you know Allah really - you will love Allah (swt).

Whoever finds Allah (swt), he has found everything (You don’t need anything else).

If you find Allah, you have everything you need.

Whoever has Allah by his side, he doesn't care who is against him,

And whosever Allah is against him, it doesn’t matter who is beside him. 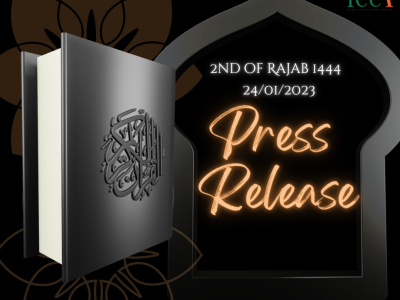 Press Release: Burning of the Qur'an in Stockholm 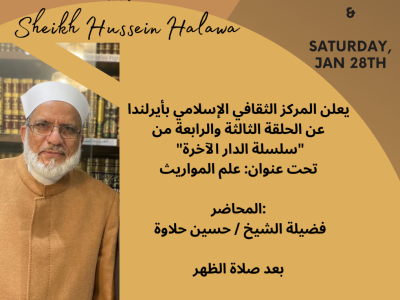