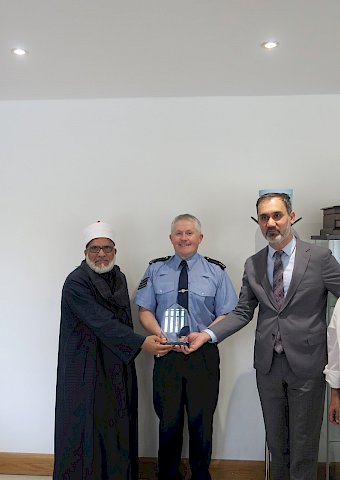 On Wednesday 22nd of September, a small appreciation lunch was organised for Sgt Darragh Lynch to congratulate him on his promotion. It was attended by Sheikh Hussein Halawa, ICCI CEO Ahmed Hasain and former CEO Dr Nooh Al-Kaddo, Haseeb Ul-Haque (Facilities Manager), Zahri Dormuchev (Youth Department) and Amilah Ali (Community Welfare Department). Sgt Darragh Lynch has liaised with us for many years and has been actively involved in supporting the Muslim community and our youth. His presence and expertise will be missed and we wish him all the best with this new chapter in his career. A small token of appreciation was presented to him by Sheikh Hussein and CEO Ahmed Hasain. 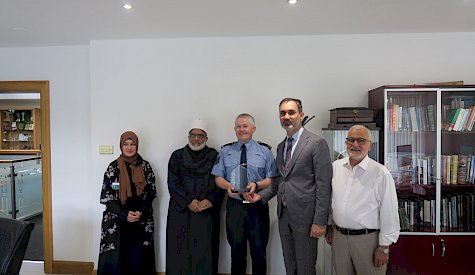 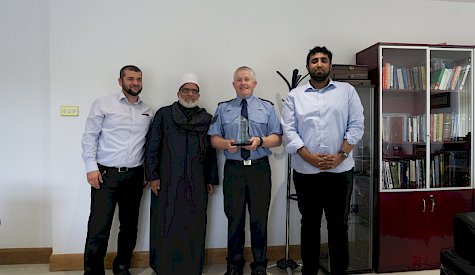 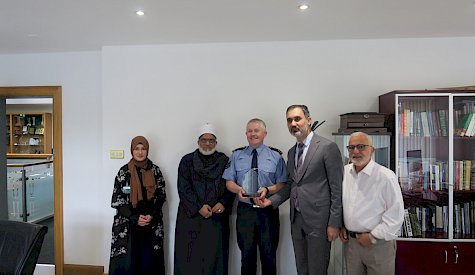 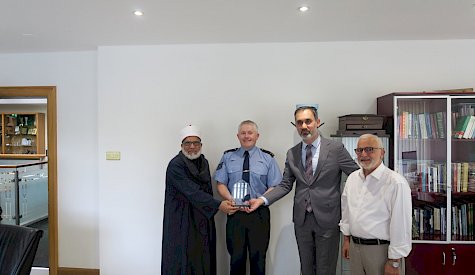 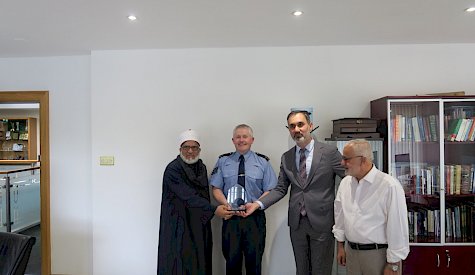 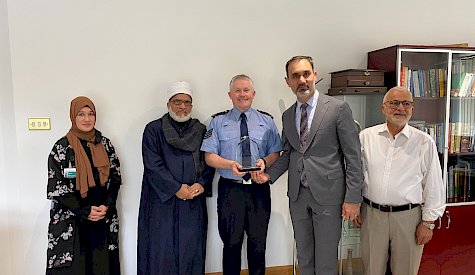 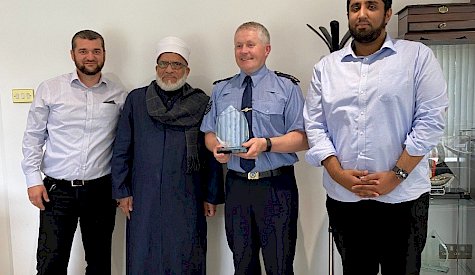