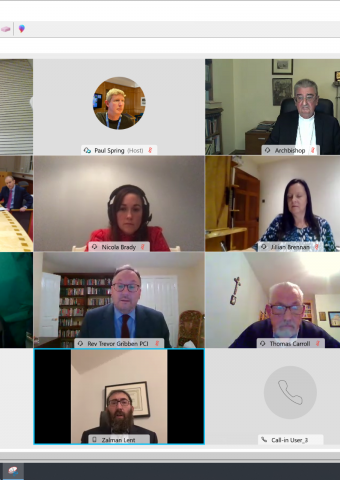 Br Ahmed Hasain represented the Islamic Cultural Centre of Ireland and took part in a virtual meeting "An Taoiseach and Wider Faith Groups" on Tuesday 17th November 2020 at 5 p.m. along with eleven other Faith and non-confessional bodies. This was an initiative by the Taoiseach's office to which representatives of the wider faith communities in Ireland had been invited to discuss the impacts of the pandemic on faith communities and places of worship. The Taoiseach opened the meeting with a short introduction and then invited each of the representatives to contribute.

Br Ahmed stressed the significance of life and the health and safety of the public. He explained that the Muslim Community understands the measures and restrictions put in place by the authorities and how the mosques do all they can to protect the lives of the worshippers through raising their awareness but also taking the health and safety measures after the restrictions were partly lifted back in June.

Br Ahmed thanked the Taoiseach and his team for taking the initiative and stressed the importance of worship and religious gatherings for the Irish Muslims and hence appealed to the Taoiseach's office to consider allowing the places of worship to reopen as soon as possible, provided that all health and safety measures are applied by the managements of the mosques and other places of worship.

The ICCI is very hopeful that public worship can resume again in early December, InshaAllah. 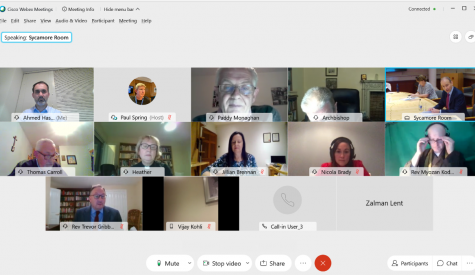 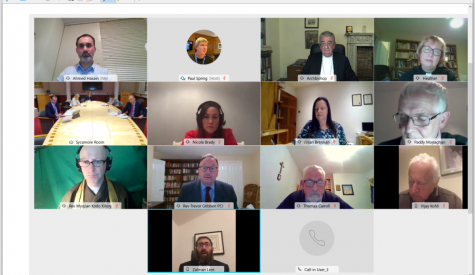