"A blindness to the many ways in which our Muslim citizens and residents enrich European life."

"For Irish and European audiences, the opportunity to encounter Islamic and Persian culture directly is all the more important, in a context where Islamophobia and other insidious forms of prejudice against Muslims are rampant throughout Europe," said Mr Higgins.
"Such prejudice is often fueled by an ignorance of the politics and history of the Middle East, a blindness to the many ways in which our Muslim citizens and residents enrich European life, and a misrepresentation of the tenets of the Islamic faith itself." Mr Higgins said the advocates of a "distorted and hateful" version of Islam are "persecuting those of other persuasions" with the view to destroy the cultural trace of previous generations.

The 16th century Quran described as "one of the most magnificent ever"  was created in Shiraz in southwest Iran in the mid 16th century by the calligrapher Ruzbihan Muhammad al-Tab'i al-Shirazi and a team of illuminators. According to the library, only five Korans signed by Ruzbihan have survived, and this version is considered to be one of his masterpieces. It has recently undergone extensive conservation work.

It is my great pleasure to open this important exhibition of the Chester Beatty Library, Lapis and Gold: The Ruzbihan Qur’an.  May I thank your Director, Fionnuala Croke, as well as the Library’s Board of Trustees, for the kind invitation to share with you in the wonder of what is a magnificently illuminated manuscript of Islam’s most sacred book.

This Museum stands out as a window opened – with access at the heart of Dublin - onto the culture of the manuscript, that most refined form of human expression shared by many civilisations. I am delighted, therefore, to have this opportunity to acknowledge the importance of the Chester Beatty Library in making available to all, Irish people and visitors to our country alike, without charge, its wonderful collection of rare books, manuscripts, prints, calligraphies, icons, miniature paintings and objets d’art from the Islamic, East Asian and Western worlds.

It is a collection that means so much to people across the world. For example, when she visited Ireland, ten years ago, the Empress of Japan was keen to view both the Book of Kells, in Trinity College, and the magnificent Japanese painted scrolls and manuscripts on display here.  It is even more important to all our citizens to know what a resource is available to them and particularly at a time when an informed understanding of the Islamic world is key to our shared future.

This collection bequeathed to us by Sir Alfred Chester Beatty is, therefore, a national treasure of universal value - a most compelling invitation to engage with other cultures and traditions through the brilliance of their artistic and spiritual production.

As Minister for the Arts of Culture in the 1990s, I had the privilege to suggest funding assistance from European funding being available in addition to Irish provision for the transfer of the Library from its initial location in Ballsbridge to this Clock Tower Building in the garden of Dublin Castle, which was most successfully restored and extended by a modern exhibition block.  The administrative measures that were required were assisted greatly by the Board of Trustees and in particular by the late Mr. Justice Brian Walsh.  Shortly after the Library moved into its new premises, it was awarded, in 2002, the prestigious “European Museum of the Year Award”, in recognition of the quality of its displays and interpretation.

Dr. Michael Ryan was an enthusiast for the changes and the staff at the Chester Beatty have placed us all in their debt, as indeed they do to-day.  Visitors to this museum, and their number have steadily increased since the early 2000’s, are sure to gain a deeper understanding of both the extraordinary creativity and the intellectual accomplishment of the different traditions and cultures that make up our world. They are invited to wonder at the infinite variations of human imagination and skill, to admire the feats of illustration and calligraphic techniques that form literate culture. All of them also certainly will marvel at the connection between beauty and the sacred that manifests itself at the heart of all of the great civilisations represented here.

The art of illumination offers, of course, a captivating embodiment of this deep connection between form and meaning. In Islamic Qur'ans as in sacred manuscripts from other traditions, the function of illumination is not just to signal and differentiate various sections in the text, but also to remind the reader of the majesty of the holy text, to heighten the intensity of the believer's encounter with it - to glorify, to dignify, to amplify.

This is typically the case with the book around which we are gathered this evening - the Ruzbihan Qur’an. This Qur'an is one of the Chester Beatty Library’s finest manuscripts, but it is not one that easily yields the secrets of its fabrication. Indeed, this beautiful book raises a number of questions, addressed for us in this exhibition.

Although it is undated, it is believed that the Ruzbihan Qur’an was produced in the sixteenth century, most probably in the city of Shiraz, in South Western Iran. As its name tells us, it is presumably the work of Ruzbihan Muhammad al-Tab’i al-Shirazi, an illustrious scribe who is known to have been born in the second half of the fifteenth century into a family of calligraphers and illuminators. One of the few Shirazi calligraphers who signed their work, Ruzbihan al-Tab‘i al-Shirazi had a prolific output over the period 1514–47, which included not just Qur’ans such as this one, but also copies of secular writings.

Some enigmas remain, however, as to the craftmanship and authorship of the Ruzbihan Qur’an. The research presented in this exhibition has revealed, for example, that the striking illuminations we are admiring today may have undergone alteration at some point in the manuscript’s long history. Some of the pigments examined   under high magnification are, it seems, highly unusual in a sixteenth-century Persian palette, and would be the result of later work.

Who, then, is the author of the Ruzbihan Qur’an? Were Ruzbihan the calligrapher and Ruzbihan the illuminator one and the same person? Is this manuscript the creation of one man or that of several artists and craftsmen over a long period of time? Then, too, for whom was this copy of the Qur’an crafted?

We know that by the sixteenth century, Shiraz had become a major centre for the commerce of illustrated and illuminated books produced in family-run scriptoria. The city also produced precious court Qur’ans. The rich illuminations of the Ruzbihan Qur’an suggest a commission by a powerful figure rather than a commercial production, but the identity of that dignitary remains to be discovered.

Most of those questions and hypotheses raised by the Ruzbihan Qur’an are ones that are, to some extent or another, relevant to the study of many other ancient manuscripts – those captivating traces of old and glorious civilisations; treasures that were passed from hand to hand across the centuries.

May I, then, and it is one of the reasons I feel privileged to be here, is the opportunity it gives me to salute the work of Dr Elaine Wright, Curator of the Islamic Collections, and her team, for advancing knowledge on this outstanding piece in the Library's collection. Dr Wright and her colleagues did not just carry out much needed conservation work on this precious, time-worn Qur’an, but they also took the opportunity of the manuscript’s disbinding to undertake an in-depth study that has yielded important findings.

I am happy to note that, thanks to European funding, yet again, their research has benefitted from the expertise of scientists from Perugia and Paris. This, I believe, can be deemed an inspiring example of European cooperation around cultural objects of universal significance.

It is also worth recalling the significance of the Ruzbihan Qur'an in its association with Persia and Shiraz. Located between India and the Arab world, Persia was indeed the land of such renowned poets, philosophers and mystics as Zoroaster, Hafez, and the great Avicenna. It was a place where multiple influences – the heroic epics of Ancient Persia, Zoroastrian myths, platonic ideas, and Islamic thought – met and cross-fertilised. Islamic Persia was, in other words, as the eminent orientalist Henry Corbin put it:

“A world both intermediate and mediating... an entire spiritual universe, an arena for the history of religions.”

Such insights are of profound significance in today's world, where advocates of a distorted and hateful version of Islam are persecuting those of other persuasions, first and foremost other Muslims, and seeking, in their fanatical fury, to destroy the cultural traces of previous civilisations. That the epicentre of such devastation – which reaches out to Africa, Asia, and even to the heart of our European cities – should affect one of the cradles of civilisation, the holy lands of Iraq and Syria, is particularly tragic.

Making available works of such grace and sophistication as the Ruzbihan Qur'an to global audiences, at this particular historical juncture, is therefore a most powerful statement – and I would like to commend, once again, all those involved in creating this important exhibition.

May I, in conclusion, respect that I am convinced that for Irish and European audiences, the opportunity to encounter Islamic and Persian culture directly is so very important, in a context where Islamophobia and other insidious forms of prejudice against Muslims are rampant throughout Europe. Such prejudice is often fuelled by an ignorance of the politics and history of the    Middle East, a blindness to the many ways in which our Muslim citizens and residents have enriched and continue to enrich European life, and they constitute a misrepresentation of the tenets of the Islamic faith itself.

[To celebrate the Ruzbihan Qur'an, as we are doing today, is therefore also to celebrate the rich and diverse influences that underpinned the complex civilisation of which it is the product. It is to recall a high point of Eastern philosophy so as to better guard ourselves from any reductive version of religion and culture. It is to proclaim that civilisations flourish and thrive through the creative appropriation of their past, an openness to newcomers and new influences, and the nurturing of knowledge and the arts.] 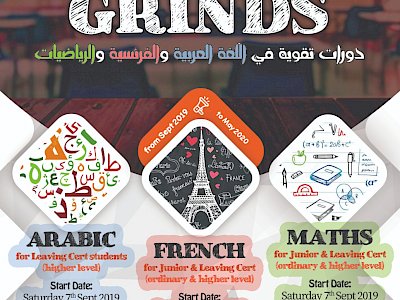 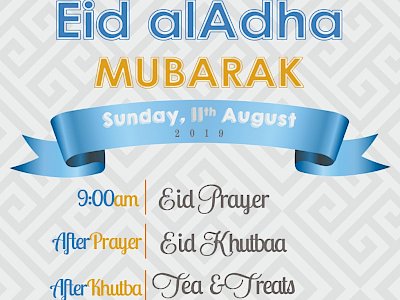