Statement on the Film: Lady of Heaven

Press release issued by the Irish Council of Imams on 8 June 2022 on the film entitled “Lady of the Heaven”.

The film entitled “Lady of Heaven” aims at spreading hate and division and represents a clear attack on the beliefs of Muslims including the sect to which the UK-based scriptwriter claims to belong to.

The films represent a clear distortion of historical events that allegedly took place in the early years of Islam and is full of misinformation that have been refuted and condemned by Muslims all over the world including the Shia scholars and Imams to whom the UK-based scriptwriter claims to be of them.

The film attacks and unjustly defames the well-respected prominent leading figures in the Islamic history and close and trusted companions of the Prophet Mohammed (peace be upon him) and therefore it constitutes a blunt offence on the beliefs of the vast majority of Muslims and aims to fuel hatred and division among them.

The Irish council of Imams which represents the Imams of the Irish Mosques, an advocate of respectful dialogue, condemns the “Lady of Heaven” film and considers it as an attempt to incite sectarianism, division, and hatred and therefore it should not be allowed to continue to be screened in Irish Cinema. We must not let the people behind the film succeed in achieving their immoral goals. 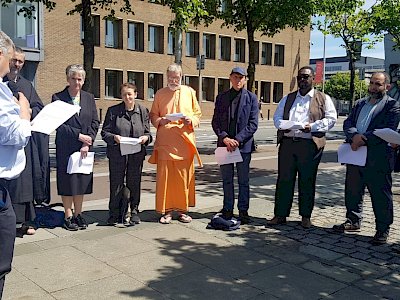 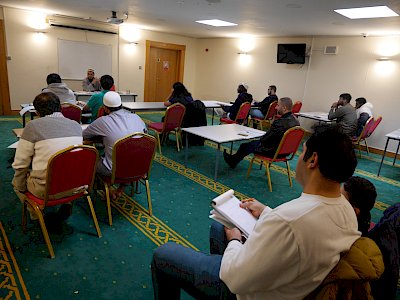 Postponed: Aqeedah Course at the ICCI