The girls youth club had a busy Saturday 22nd July, with a trip for the 8 - 12 year old age group to Marley Park and then for the older group to Fernhill House and Gardens.

Alhamdulillah we were blessed with fine weather for our outings. The rain stayed away until we were finished and ready to head home!

The younger group had a great time playing in the playground, followed by a picnic with their packed lunch they brought with them. Just as we were getting ready to leave the playground, we were treated with a flying display by three planes, which were probably practicing for the Bray Air Show that took place on Sunday.

For the older group, we had a our halaqa picnic surrounded by nature. Fernhill House and Gardens is newly opened for the public and while we didnt get to explore much of it, it was a lovely peaceful place for our trip. Sr Tasneem spoke about the hadith 'Take five, before five' which opened the group to discussion. We prayed Asr and then played a game of Frisbee.

Thank you to everyone who came along and to our bus driver Haj Ali. 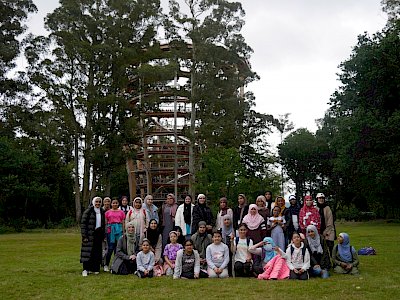 Girls Youth Club: Trip to Beyond the Trees, Avondale 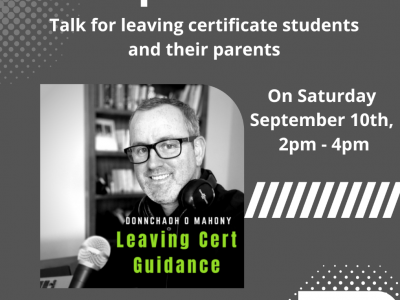 Leaving Cert: What are my options? Talk for Students and Parents