Press Release: Absolute condemnation of violation and defilement of Al Aqsa Mosque and the attacks against Muslim worshipers in Jerusalem Al-Quds

Absolute condemnation of violation and defilement of Al Aqsa Mosque and the attacks against Muslim worshipers in Jerusalem Al-Quds.
We, the undersigned / listed below, vehemently condemn the actions of the occupying forces of the land of Palestine for their deplorable desecration of the Holy site of Haram Al-Sharif – Al-Aqsa Mosque and their unjustifiable human rights violations and attacks against the peaceful and defenseless Muslim worshippers in Jerusalem-Al Quds.
Jerusalem is a sacred city in all the Abrahamic faiths, and it houses the third holiest site in Islam; Al-Aqsa Mosque, which is believed by Muslims to be the third most important mosque on earth after the Sacred Mosque in Mecca and the Prophet’s mosque in Madina. This ancient structure and the surrounding area that now includes the Dome of the Rock are referred to by Muslims as Al-Haram Al-Sharif, the Noble Sanctuary. Yet an immense careless transgression continues to take place by the heinous acts of the occupying forces who have violated the sanctity of Haram Al-Sharif.

Moreover, the occupying forces are protecting and providing cover to the illegally imported settlers who are trying to forcefully evict the Palestinian residents from their own family homes and steal their properties in the Sheikh Jarrah neighbourhood in Jerusalem to facilitate the building of more illegal settlements. This is all taking place under the gaze of the international community, whose consulates and embassies are within a stone’s throw of the neighbourhood where all these violations are taking place.

The United Nations Security Council Resolution 2334 adopted on 23 December 2016 concerning the Israeli settlements in "Palestinian territories occupied since 1967, including East Jerusalem", clearly states that Israel's settlement activity constitutes a "flagrant violation" of international law and has "no legal validity". It demands that Israel stop such activity and fulfil its obligations as an occupying power under the Fourth Geneva Convention. Yet, ‘flagrant violation’ of international law continues unabated.

Al-Aqsa is a place of worship for all Muslims, with immense significance both historically and religiously.  The control by occupying forces condemned and objected to by all nations of the world.  Muslims ‘right to worship within the sanctity of Al-Aqsa has been dishonoured with intent by the perpetrators of illegal and unjust acts that can only incite hatred and violence.
We call upon the Irish Government, just nations, the activists and defenders of human rights and all Muslims around the world to stand by Palestinians against these transgressions, speak up for justice, condemn these actions, and demand sanctity to be reinstated. 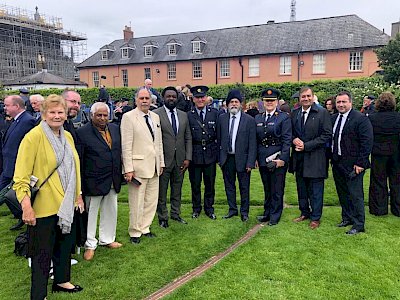 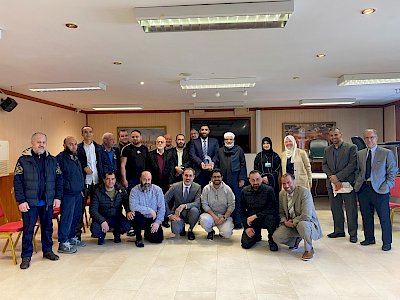